Types of Rocks and Minerals 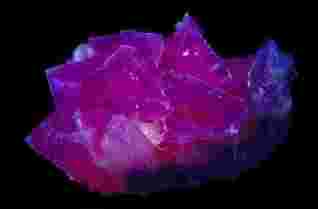 http://reachchoices46.files.wordpress.com/2012/01/fluorite.jpg
A mineral is an inorganic naturally formed solid that has a crystalline structure and is inorganic.  To determine if something is a mineral or not ask four questions. The first question is, is it a nonliving mineral?  The second question is, is it a solid?  The third question is, does it  have a crystalline structure?  The fourth and final question is, is it formed in nature?  If you can answer all of these four questions with "yes", then the object is a mineral.  Each element is made of only one type of atom, which the smallest part of an element.  Most minerals are made of compounds, which are two or more chemically combined elements.  Solid, geometric forms that are produced by a repeating pattern of atoms or molecules, which are crystals.  The shape of a crystal is determined by the way the atoms or molecules are arranged.  There are two different mineral groups.  The first group is silicate minerals, which are minerals that contain one or more metals with silicon and oxygen.  Silicate minerals make up more than 90% of the Earth's crust.  The second group is non-silicate materials, which do not contain silicon or oxygen.  Some example of non-silicate minerals are, copper, corundum, gypsum, calcite, floret, and galena.