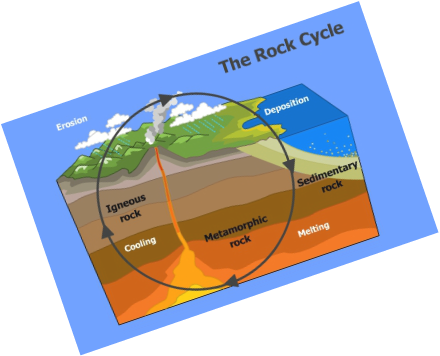 http://sultanybcp.weebly.com/uploads/8/6/3/7/8637178/3125884_orig.jpg
The rock cycle is a continual process that forms new rocks from old rock materials. In the rock cycle there are many different stages in the cycle. The first stage is weathering, weathering is when the rock wears away and starts to erode. The second stage is erosion, erosion is the process when wind, water, ice, or gravity transports soil and sediment from one location to another. The third stage is deposition, deposition is the process when material is laid down. The fourth stage of the cycle is compaction and cementation, this is when the sedimentary rock lays down in the ocean floor and is compacted and cemented together to form a think layer.  The fifth stage is metamorphism, metamorphism is when heat and pressure squeeze sedimentary rock and changes it into metamorphic rock. The sixth stage in the cycle is melting, melting is when the metamorphic rock melts and turns into lava. The seventh stage in the cycle is the the cooling stage, the cooling stage is when the lava cools and turns into igneous rock. Then the eight  stage in the cycle is solidification, solidification is when the igneous rock is finished cooling and turns into sediment. 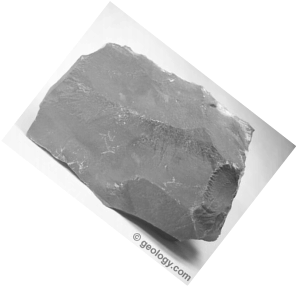 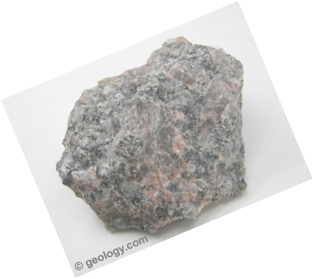